‘A dose of reality’: Morrison government’s new $1.9 billion techno-fix for climate change is a small step 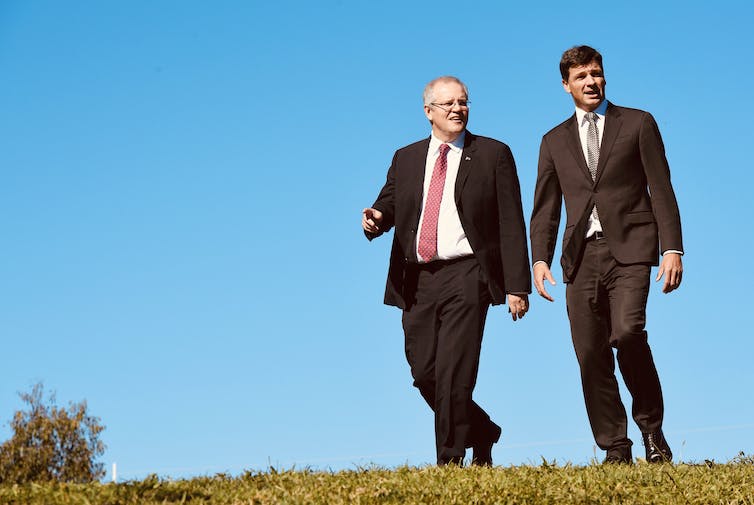 The Morrison government today announced A$1.9 billion over ten years to develop clean technology in industry, agriculture and transport. In some ways it’s a step in the right direction, but a far cry from what’s needed to drive Australia’s shift to a low emissions economy.

The big change involves what the money is for. The new funding will enable the Australian Renewable Energy Agency (ARENA) to support technologies such as green steel production, industrial processes to reduce energy consumption and somewhat controversially, carbon-capture and storage and soil-carbon sequestration.

This is a big move away from ARENA’s current investment priorities. Importantly it means ARENA will continue to operate, as it is running out of money now.

However technology development alone is not enough to cut Australia’s emissions deeply and quickly – which is what’s needed to address the climate threat. Other policies and more money will be needed. 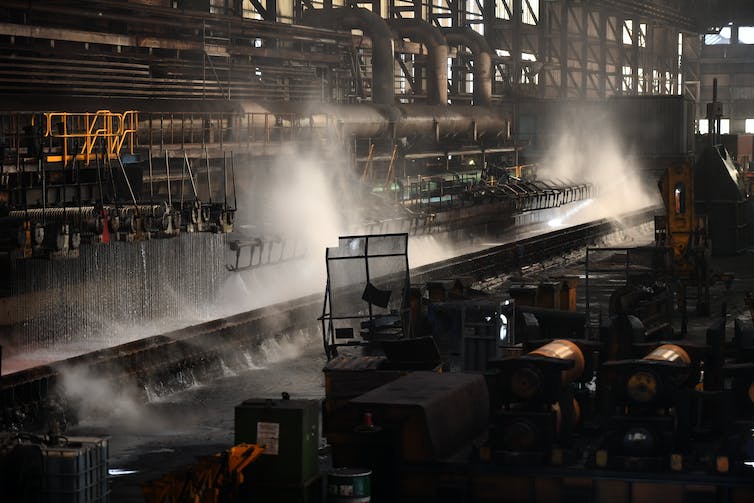 Cutting emissions from industry will be a focus of the new spending. Dean Lewins/AAP

ARENA will receive the lion’s share of the money: A$1.4 billion over ten years in guaranteed baseline funding. ARENA has spent A$1.6 billion since it was established in 2012. So the new funding is lower on an annual basis. It’s also far less than what’s needed to properly meet the challenge, in a country with a large industrial sector and huge opportunities for zero carbon production.

To date, ARENA’s investments have focused on renewable energy supply. Prime Minister Scott Morrison today said the renewables industry was enjoying a “world-leading boom” and no longer needs government subsidies. Critics may be dismayed to see ARENA steered away from its original purpose. But it is true solar parks and wind farms are now commercially viable, and technologies to integrate large amounts of renewables into the grid are available.

So it makes sense to spend new research and development (R&D) funding on the next generation of low-emissions technologies. But how to choose what to spend the money on?

A few simple principles should inform those choices. The spending should help develop new zero- or low-emissions technologies or make them cheaper. It should also enable the shift to a net-zero emissions future, rather than locking in structures that continue to emit. The investment choices should be made by independent bodies such as ARENA’s board, based on research and expert judgement, rather than politically determined priorities.

For the industrial sector, the case for supporting zero-emissions technologies is clear. A sizeable share of Australia’s total emissions stem from fossil fuel use in industry.

In some cases, government-supported R&D could help lay the foundation for zero-emissions industries of the future. But in others, what’s needed is a financial incentive for businesses to switch to clean energy or zero-emissions production methods, or regulation to require cleaner processes.

Green steel is a perfect example of the positive change that is possible. Steel can be made using clean hydrogen and renewable electricity, and the long term possibility of a green steel industry in Australia is tantalising. 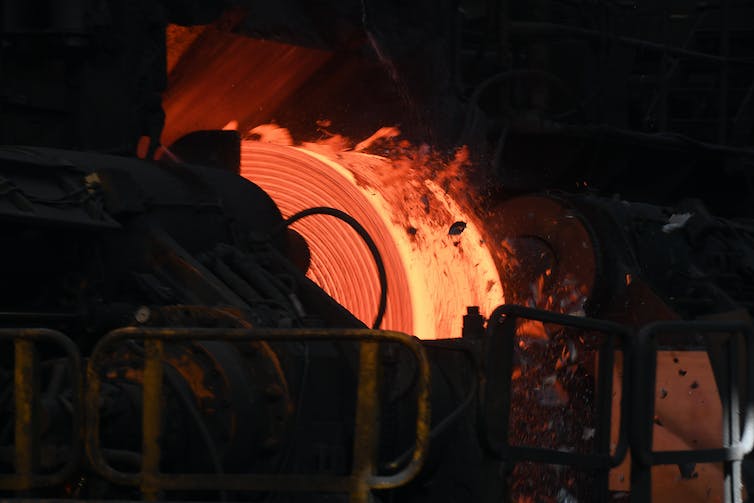 Steel could be made cleanly using hydrogen instead of coking coal. Dean Lewins/AAP

A future for fossil fuels?

The government’s support for carbon capture and storage (CCS) will be highly contested, because it’s a way to continue using fossil fuels at reduced – though not zero – emissions. This is achieved by capturing carbon dioxide before it enters the atmosphere and storing it underground, a technically feasible but costly process.

CCS will not perpetuate fossil fuel use in the energy sector, because renewables combined with energy storage are now much cheaper. Rather, CCS can be an option in specific processes that do not have ready alternatives, such as the production of cement, chemicals and fertiliser.

One step further is so-called “carbon capture and use” (CCU), where carbon dioxide is not pumped underground but turned into products, such as building materials. One program announced is for pilot projects of that kind.

Read more: Yes, carbon emissions fell during COVID-19. But it's the shift away from coal that really matters

A different proposition is the idea of hydrogen produced from coal or gas, in which some resulting emissions are captured. This method competes with “green” hydrogen produced using renewable electricity. It seems the government for now intends to support fossil fuel-derived hydrogen.

Reducing fossil fuel use, and using CCS/CCU where it makes sense, will not get the world to net-zero emissions. Emissions from other sources must be cut by as much as technically possible, at justifiable cost. Remaining emissions must then be negated by drawing carbon dioxide from the atmosphere. Such “negative emissions” can be achieved through technological means, and also by permanently increasing the amount of carbon stored in plants and soil.

The new funding includes support for increasing the amount of soil carbon. This method may hold promise in principle, but in practice its effectiveness is uncertain, and hard to measure. At the same time, the large emissions from agriculture are not yet addressed. 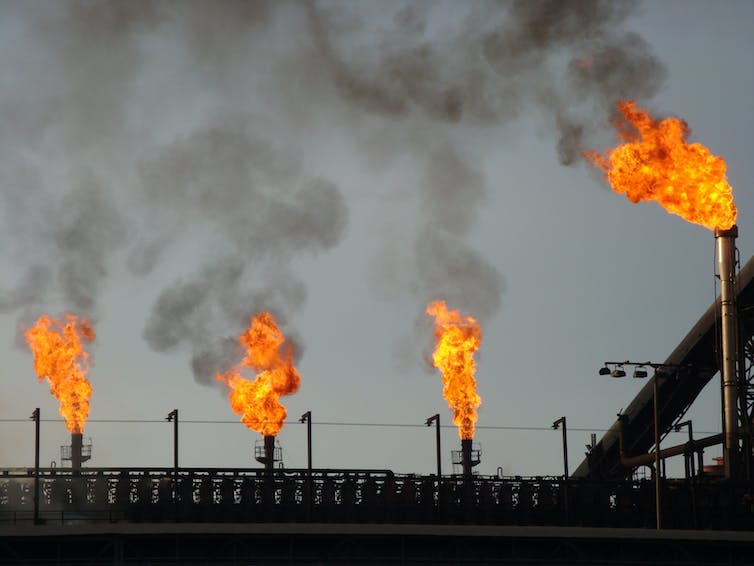 Reducing the burning of fossil fuels is not enough to get to net-zero emissions. Matt Black Productions

The spending amounts to A$140 million per year for ARENA, plus about A$500 million all up through other programs. A dose of reality is needed about what this money can achieve. It will create better understanding of options, some technological progress across the board and surely the occasional highlight. But a much greater effort is likely needed to achieve fundamental technological breakthroughs. And crucially, new technologies must be widely deployed.

For a sense of scale, consider that the Snowy 2.0 scheme is costed at around A$5 billion, and a single 1 gigawatt gas power plant, as mooted by the government for the Hunter Valley, would cost in the order of A$1.5 billion to build.

As well as additional spending, policies will be needed to drive the uptake of low-emissions technologies. The shift to renewables is now happening in the energy sector without government help, though some hurdles remain. But we cannot expect the same across the economy.

Governments will need to help drive uptake through policy. The most efficient way is usually to ensure producers of emissions pay for the environmental damage caused. In other words, putting a price on carbon.

The funding announced today is merely one piece of a national long-term strategy to deeply cut emissions – and not a particularly big piece.