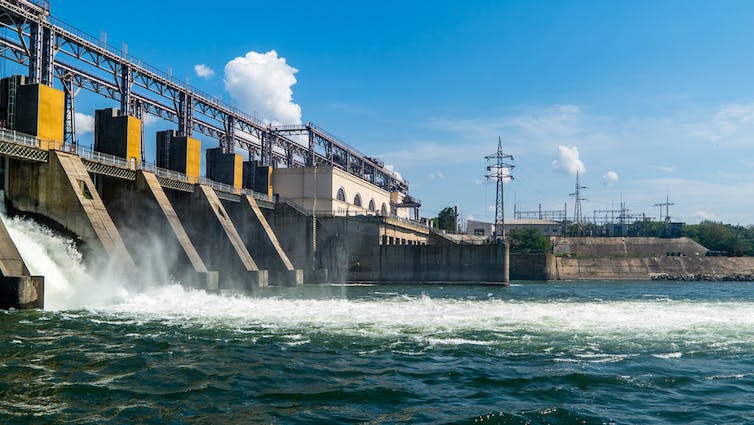 With the support of the Australia Indonesia Centre we have identified 657 potential sites across Bali for pumped hydro energy storage (PHES), with a combined potential storage capacity of 2,300 Gigawatt-hours.

Solar photovoltaics (PV) and wind are now the leading electricity generation technologies being installed worldwide each year. Gas and coal are in third and fourth spots respectively. PV is accelerating away from other energy generation technologies because it’s cheaper, scalable and produces no greenhouse gas emissions, and because there is vast availability of sunshine. 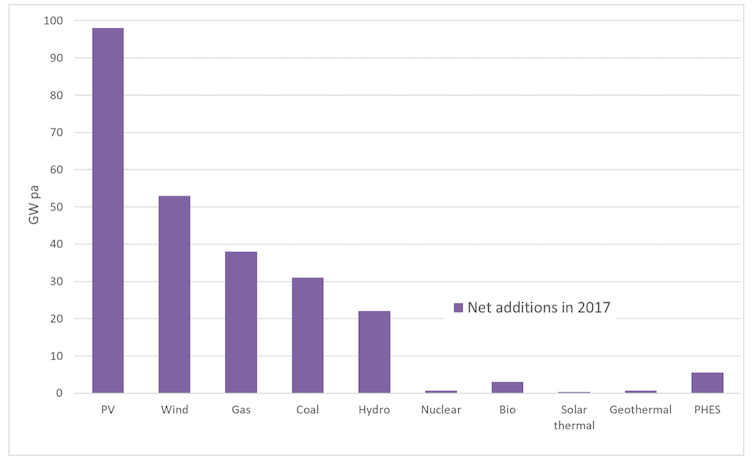 Indonesia has large solar potential because of its tropical location. Much less than 1% of Indonesian land would be required to produce all of the nation’s electricity using PV. About half of the panels would be on the roofs of buildings. Although Indonesia has only a small amount of PV at present, exponential growth can change this quickly - as happened in Australia, China and many other countries.

Because of its equatorial location solar energy does not vary much throughout the year, unlike in higher latitudes. PV (and wind) are now economically competitive with new-build coal and gas in Indonesia.

Although PV and wind are variable energy resources that depend on the local weather, the approaches to support them to achieve a reliable 100% renewable electricity grid are straightforward:

PHES accounts for 97% of energy storage worldwide because it is the cheapest form of large-scale storage, with an operational lifetime of 50 years or more. Most existing PHES systems are located in river valleys and are associated with hydroelectric systems. However, off-river PHES has larger potential because of the much larger number of potential sites away from rivers.

Annual water requirements of a PHES-supported 100% renewable electricity grid would be much less than the current fossil fuel system, because wind and PV do not require cooling water. PHES, batteries and demand management are all likely to have prominent roles as the Indonesian grid transitions to 100% renewable energy.

Off-river PHES requires pairs of modestly sized reservoirs at different altitudes, typically with an area of 100 hectares. The reservoirs are joined by a pipe with a pump and turbine. Water is pumped uphill on windy and sunny days when electricity is plentiful; then, when generation tails off, electricity can be dispatched on demand by releasing the stored water downhill through the turbine.

Off-river PHES typically delivers maximum power for between five and 25 hours, depending on the size of the reservoirs.

Indonesia has enormous pumped hydro storage potential. PHES can readily be developed to balance the electricity grid with any amount of solar and wind power, all the way up to 100%. Figure 2 shows the location of prospective areas – the red areas are highly prospective. 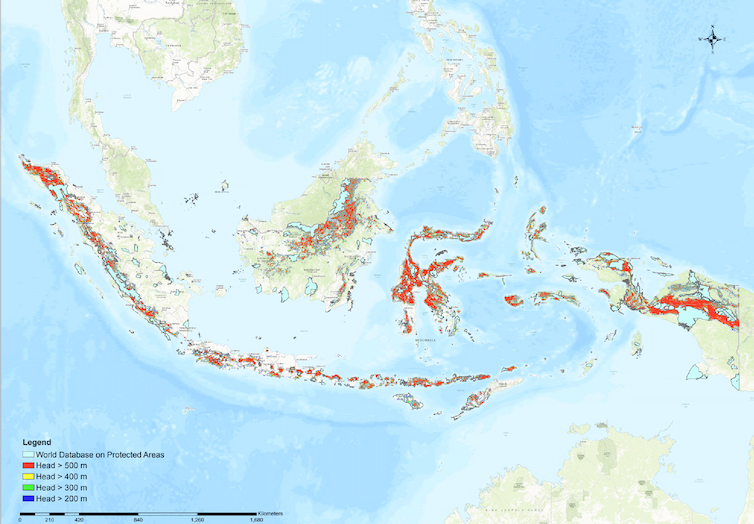 Most of the 657 potential PHES sites we have identified in Bali are off-river. Of course, there is also large potential on other islands. We will soon undertake further Indonesian site searching, and expect to find as many sites as in Australia (where we found 22,000 good sites).

The locations of the Bali upper reservoir sites (blue dots) are shown in Figure 3 below. Each site has between 1 gigawatt-hour (GWh) and 100 GWh of storage potential.

To put this in perspective, Indonesia probably needs less than 1,000 GWh of storage spread across a few dozen sites within the archipelago to support a 100% renewable electricity system. Developers can afford to be choosy with this large oversupply of sites. 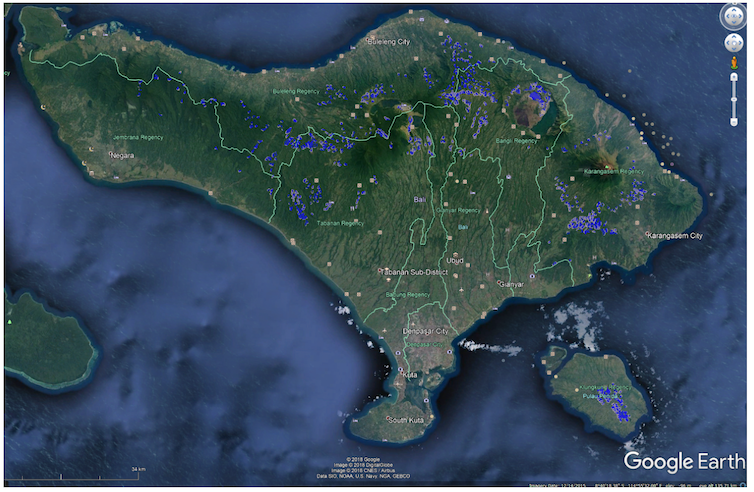 Figure 4 below show a synthetic Google Earth image for some of the potential upper reservoirs in Bali (more details on the site search are available here). The larger reservoirs shown in each image are of such a scale that only one or two would be required to stabilise a 100% renewable electricity system for Bali. 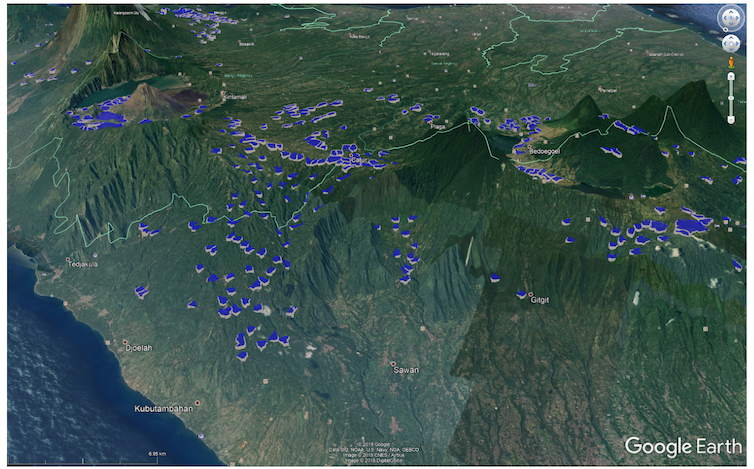 Figure 4: At most, one or two of the sites shown would be developed. Author provided

Detailed information about the Bali sites is available here.

This article was originally published on The Conversation. Read the original article.